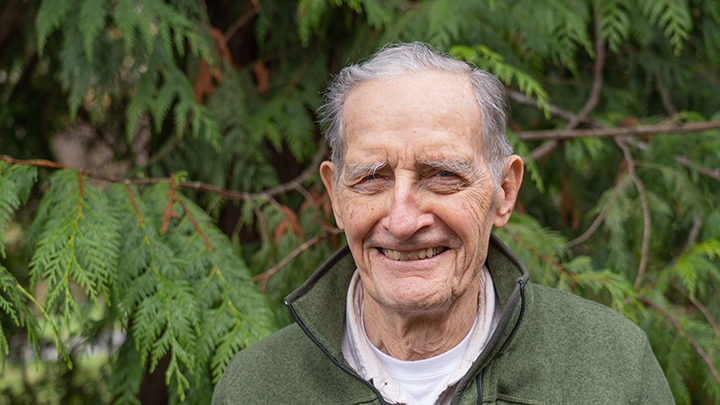 On a farm in Idaho, Don played outside from ages 9 to 15, getting pretty good at shooting a bow and arrow from a horse and making fire by friction, just from reading and learning on his own. When The Tracker by Tom Brown Jr. came out, he was really taken by it, yet was unable to pursue that interest much until years later, after he scaled back his psychiatry practice in Mount Vernon, and moved to Redmond. Checking out Tom Brown Jr. on the internet, Don discovered that there was a much closer place than New Jersey to pursue that interest, namely our school in Duvall started by Tom’s first student, Jon Young. Don found the community he wanted when he heard the Thanksgiving address at one of our Monday Night Meetings. He was deeply impressed with how the œAcorn (the facilitating team) for those meetings operated. Don says he could not figure out who was in charge at the meeting, but it worked seamlessly. From there, he continued to get more involved with Wilderness Awareness School and its programs, eventually becoming one of our beloved Elders.