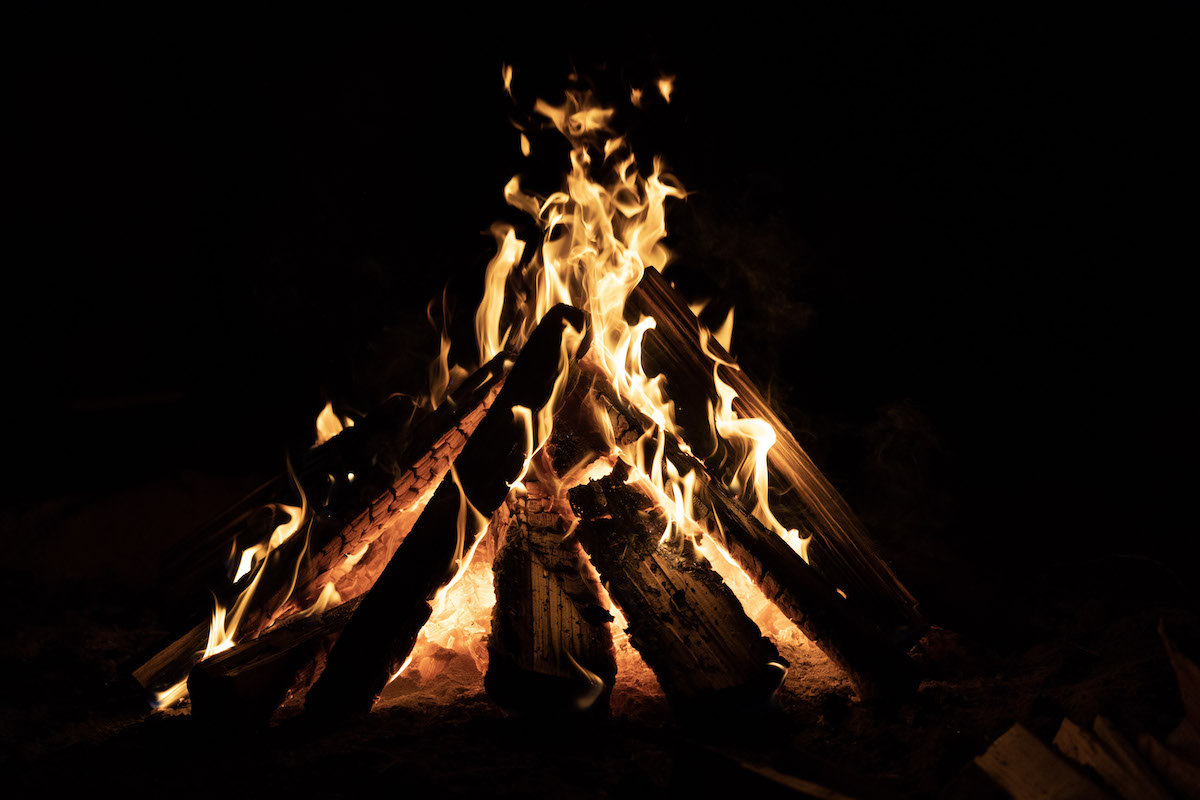 It was time to gather our small, newly formed community for our final day of the Fall Quarter. We sat shoulder to shoulder in Malalo, one of our outdoor classrooms, as a fire burned high and bright in the center of our group.

I was proud of that fire because I took part in creating it with my clan by “rubbing two sticks together”. It was a powerful way to bring the end of the fall semester to a close; arriving early with my fellow clan mates before any other two-legged arrived, each of us dedicating ourselves to the task of setting up the space.

There was wood splitting, making an assortment of kindling, setting out stumps to sit on, making a tinder bundle, and finally getting a “coal” with a bow drill kit.

Here we were, all of us having followed various threads from different parts of the globe to deepen our connection with the natural world, each other, and ourselves.

Now many of us were about to follow those threads back to a place we had once called home. I have studied at universities before and always looked forward to the winter break. I was surprised at how many emotions flowed from me and my classmates, about having three weeks of not seeing one another daily.

As I looked around, I could see the strong bonds of friendship had grown quickly in the last few months. This flavor, depth, richness, and color of these bonds is not something I’ve experienced in any other schools I’ve attended.  It was truly a thing of beauty to see.  And I also know there are still six more months of time and adventures we would be sharing together.

We said our farewells and it was time for me to make my journey north, back to the land where I had grown up. I carried with me a new thread of myself that had been formed and been molded from my time at Anake and it was up to me how I would weave that new thread into the existing one I followed home.

I discovered new little bits of detail in a place that I thought I knew so well.  I walked by a store window and noticed the glass had been broken by a small round object and there were percussion flakes that had come off the glass. Had I not been introduced to flint knapping, I wouldn’t have recognized those beautiful patterns and that they were on the side of the glass that the item had exited.

I was out cross country skiing and there was a tree that I did not recognize. I couldn’t help myself but to stop and take in as much detail of the tree as I could to be able to identify it in my tree book later on. I even lassoed a couple of unsuspecting passersby to see if they had any idea of who that tree was. Birds that flew by while I was in the city made me turn my head and stop to see if I recognized who they are and how they were relating to their surroundings.

Many moments like this presented themselves and I was given the chance to see how my threads were also weaving themselves together and that I didn’t have to consciously try and figure out how to do it all. I also experienced discomfort in struggling to not fall into similar patterns that I had when I lived here before. My former-self “suit” did not fit like it once did.

I have changed shape and intensity at Anake and the old suit just would no longer do… it was terribly outdated and out of style. I needed to shed the layers of old skin and create a space for the new parts of me to be able to shine more brightly. What a lifelong magnificent dance!

Now the time has come for the family gatherings, the abundant and elaborate meals, the snow adventures and time of resting to wrap themselves up as the cycle of life continues. I packed up my car, then stood and watched the snow descend slowly around me as I listened to the deafening silence and potent stillness that comes from the world being tucked in for the winter in a magical blanket of snow.

I sang my prayers of gratitude for the privilege of being alive and for the loved ones in my life.  I picked up my thread that is now thicker and richer from the reweaving of the past few months. I felt the excitement bubble up inside me, knowing that I am heading back to another six months of laughter, rediscovery, connection, stories, crafts, running around in the woods, adventures and shared heart strings.

Again I give thanks to the creator for all the gifts in my life, hopped in my car as I joyously anticipate the new colorful strands of thread that will soon be woven into my tapestry of life.