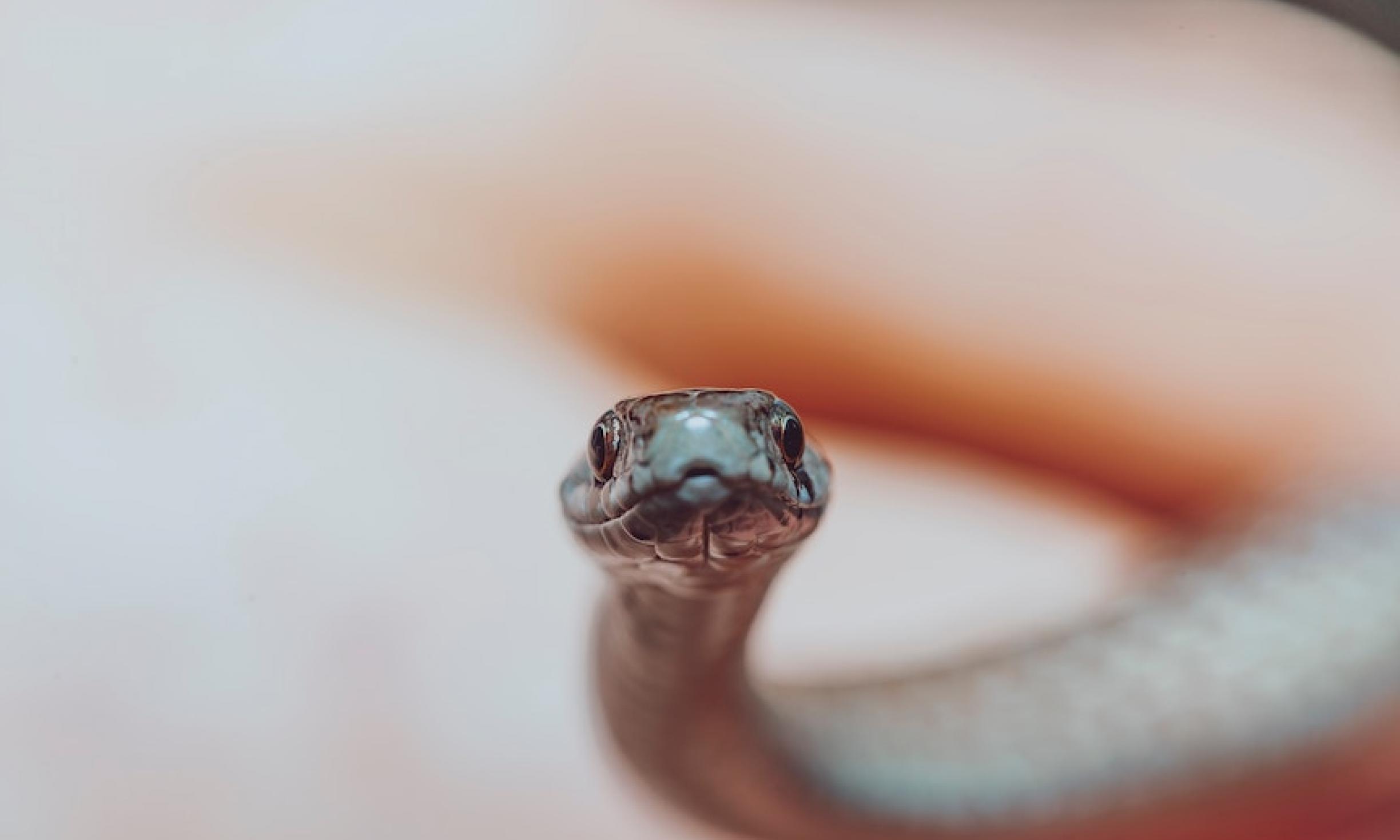 Along the trail’s edge a predator waits. Its keen senses are sharpened by hunger and it constantly tests the wind for a trace of scent that might mean food. Then from a distance, it feels vibrations of something big, and it determines that this large non-food thing is going to pass close by. There are three choices:

Oddly, even though this is the signature sound of this creature, it can not hear it audibly, it can only feel the vibrations. You have just encountered a rattlesnake.

If you are in snake country odds are you have walked by many of them without knowing as they seldom rattle unless they can not retreat or hide. Rattling gives away the snakes location, something it would rather not have to do. Since humans are not food, as you passed too close you were not really in danger of getting bitten. Snake venom is very expensive in terms of energy and wasting on non-food items is rarely ever done except in desperation.

Like all reptiles, snakes can not regulate their own body temperature very well. So their activities are determined by the outside temperature. On cold mornings reptiles will bask in sunny spots to warm up enough to hunt. A cold reptile is a helpless reptile and so few are found in the mountains above where snow lays on the ground more than 5 months out of the year. The drier, warmer climates of the Sagebrush country have the largest diversity of reptiles.

Unlike mammals that need food to create metabolic warmth, reptiles get warm from the sun and so they can live on very little food compared to a mammal or bird. However, on the hottest days, reptiles must seek shelter or they will overheat. In cold climates, reptiles must cease activity altogether during the winter months.

On the wet side of the Cascade mountains, snakes also have to deal with cold water and so, in late October, the garter snakes will take to special burrows called hibernacula where they gather in groups of up to several hundred. The hibernacula are dry and well below the freezing level of the soil. In the warming spring of April, they will emerge and go into a mating frenzy. In these writhing masses there are more males than females and so females get mobbed by a mass of suitors. In order to escape this, sometimes the female will rub her scent onto a male and while he is buried in the mating frenzy, she slips away. Although most reptiles lay eggs, rattlesnakes and garter snakes hold their eggs inside their body until they hatch, and then the young are birthed live.

The mobility of reptiles determines their feeding habits. Snakes and lizards are highly mobile and therefore able to catch their own food. Slower reptiles such as turtles are herbivores. Snakes have a flexible lower jaw, held on by an elastic ligament that can separate, enabling the animal to consume prey items larger than its head. Watching a garter snake eat a mouse, which is several times its body diameter, seems almost like a magic trick. Lizards have several sharp teeth but a rigid jawbone so they must go after much smaller prey, usually insects. Turtles have no teeth, but a sharp beak-like mouth that enables them to break off plant material.

Each part of nature exists as a balance between competing organisms. When you ask, why does this organism live here, the answer almost always involves a network of other organisms and dependencies, some of which we can never fully know. Each complex arrangement has arrived for countless generations. So if anybody ever asks what good rattlesnakes are, you’d have to ask the mice, the plants, scavenger beetles, ravens, amoebas, and dozens or maybe hundreds of other critters to get an honest answer.

Rob Sandelin is a naturalist, educator, and ecologist.