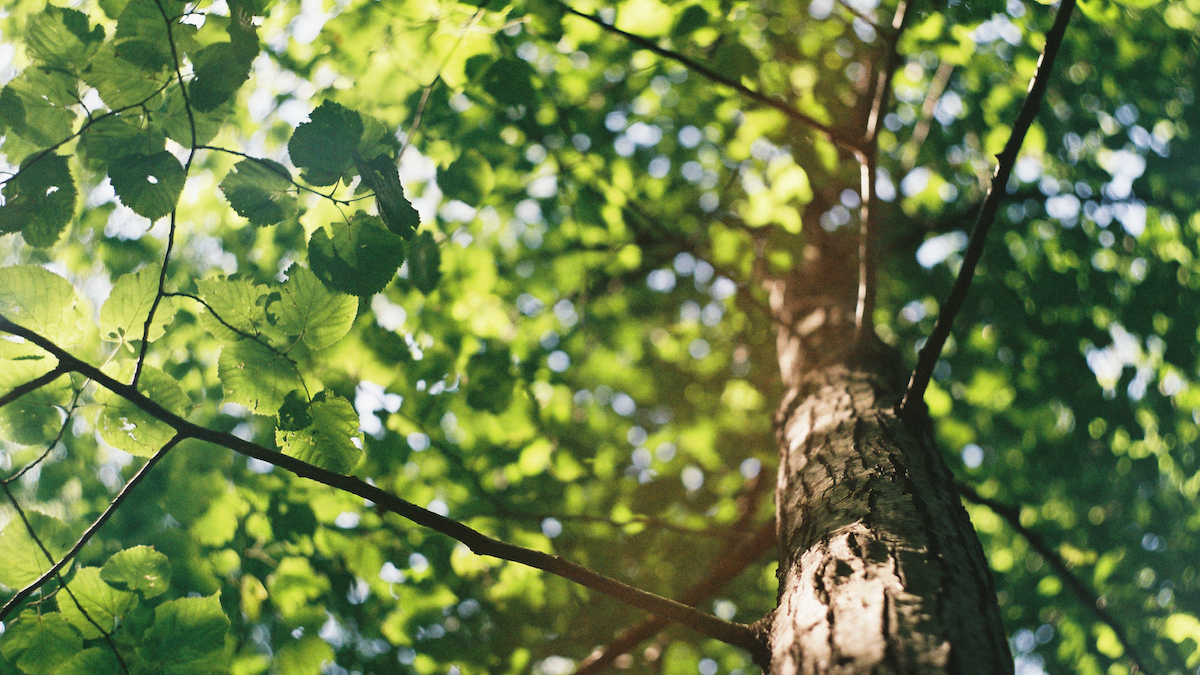 Why are there no green mammals? A graduate student colleague of mine was recently faced with this question in her PhD qualifying exams. The professor told her that she was not to discuss sloths—which appear green due to algal growth in their fur—nor was she to argue that green coloration must not be adaptive (evolutionarily beneficial) for mammals. Finally, the professor wanted to hear no mention of the relative scarcity of true green pigment in terrestrial vertebrates. She blanked the question before jokingly offering that perhaps there really are green mammals, they’re just too hard to spot, so we haven’t found them yet. The real answer, it turns out, can be understood with careful consideration of phylogenetic analysis and evolution.

At the simplest level, a phylogenetic tree, or phylogeny, provides us with an elegant visualization of the evolutionary history of life based on our best inferences about the characteristics we observe about an organism. Phylogenetic trees can be comprehensive, vast, and beautiful depictions of our knowledge about the vast diversity of the living world (see the work by researchers at the University of Texas), but they don’t need to be more than a simple tree diagram in order to assist us in our understanding of life and diversity. Indeed, some of the earliest phylogenies were just rough sketches that included only a handful of species, produced by Charles Darwin as he developed the theory of natural selection. He used them as a visual articulation of his basic idea that the diversity of life radiates outward through time from a common ancestor, without goal or destination, as one species splits in two due to the interaction between mutation and natural selection.

Like a family tree that shows your personal ancestry, a phylogeny shows the lines of evolutionary descent, linking the species, organisms, or even specific genes that we observe today, to a shared ancestor some time in the past. The further into the past we look, the more branches we find. Unlike a family tree, however, which grows more net-like and complex the deeper you look into the past—each of your two parents had two parents and so on—a phylogenetic tree becomes simpler—the relationships between species and groups of species, also known as clades, merge and grow simpler the deeper we look (with some very interesting exceptions among the bacteria and archaea which can incorporate foreign DNA into their own, giving rise to multiple-antibiotic resistant bacteria among other things).

Looking at our phylogenetic tree, we can see that natural selection does sometimes favor the emergence of similar traits—like wings—in wildly different clades, but regardless of the similarity of the traits, it does not mean that the clades are closely related. For example, bat wings have more similarity to human hands (bat-and-human clade) than they do to bird wings, and none of these vertebrate wings (vertebrate clade) has much of anything in common with insect wings, which are themselves wildly diverse structures. Nonetheless, if bats suddenly developed a feathered-wing mutation, it might spread rapidly through the population if it imparted a selective advantage. But this is of course unlikely, because—and this point is important—evolution can only operate on mutations that appear randomly in the population.

Looking at evolution in reverse with the help of our phylogenetic tree, we can see how any given lineage split from one species into two or more still-similar species. In the Pacific Northwest, for example, Hermit and Townsend’s Warblers, which bear great resemblance to one another, are in fact so closely related that they regularly hybridize. From this we can infer a shared single ancestral species sometime in the recent past. This ancestor in turn shared another, earlier ancestor in common with the huge diversity of all North American wood-warbler species (which can be tricky for even some birders to differentiate), and so on back through time. Tracing back far enough, we eventually come to the trunk of the tree, that first species from which every other has arisen, and we can see the phylogeny for what it is—a family tree for all life. As an aside, I encourage you to consider what the roots of this tree might be, and where we might trace them, if we wished to continue our diagram even further back in time, before the emergence of life.

So how does your own family tree relate to this broader tree of life? Well, real trees transport water and nutrients from the soil out to the branches and leaves through an ever more intricate system of branching. If we look at the individual leaves (assuming it’s a dicotyledonous tree), we see a net- or lattice-like vein structure that shows how at a fine scale, the veins interweave. In the same way, if we were to zoom in on a single branch of a phylogenetic tree, we would see all the lattice-like complexity of a family tree interconnecting to form the frame of that branch. Just as real trees transport water and nutrients—essential building blocks for growth—the analogous tree of life transports genes, with slight mutation, from generation to generation, and has done so for the past 3.5 billion years.

So let’s revisit the green mammal question now. Looking at our phylogenetic tree, we intuitively understand the reason why bats lack feathers, no matter how useful they might prove in providing a bat with increased opportunity to breed. Why? Because the branches of our phylogenetic tree that separate birds and bats split millions of generations before the emergence of feathers in birds. As a consequence, while another million generations might see the development of something like a feather in bats (unlikely, given that we now understand that feathers arose due to their ability to help dinosaurs thermoregulate), it is safe to say that modern-day bats lack the genetic material necessary to grow feathers. Likewise, while green-ness (probably simpler to produce than a feather) would undoubtedly be adaptive for many types of mammals—particularly those that live in forest canopies—the lack of green mammals suggests that the mutations necessary to produce a green mammal have never arisen in the lineage. Ever. So in short, the answer is deceptively simple: there are no green mammals because there have never been green mammals.

Shannon Kachel is a graduate of Anake Outdoor School and a wildlife biologist with a specialty in large carnivore conservation and ecology. His work has included research on cougars in Western Washington, western gray squirrels in the North Cascades, gray wolves in Idaho, primates in the Peruvian Amazon, and snow leopards in Tajikistan.