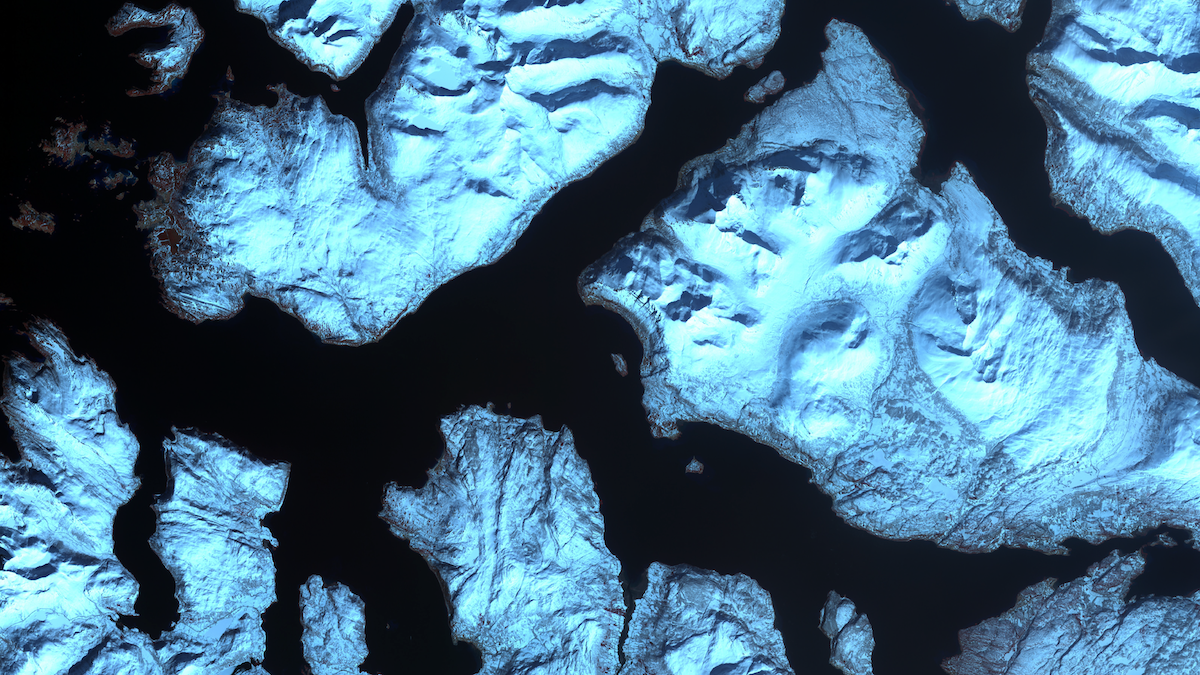 There are few sights as awe-inspiring as seeing our beautiful Earth from space – the puzzle-piece continents framed against the breathtakingly blue backdrop of the oceans, highlighted by the nebular swirl of clouds, and punctuated with the starkness of polar ice. An enchanting sight, to be sure. And of all the aforementioned, what makes the Earth truly exceptional, both visually and intrinsically, is all that blue. It is the water that makes our planet so special. But where did all that water actually come from?

First, some cool water facts. Water is one of the simplest chemical compounds, consisting of two hydrogen atoms and one of oxygen. It covers over 70% of the surface of the Earth, 96.5% of that in the form of oceans. The Earth itself is approximately 0.07% water by mass or 0.4% by volume. If you took all the water on the Earth and put it by itself in space, you would have a sphere roughly 2400 km (1491 mi) in diameter. Out of the remaining 3.5% of water not in the oceans, 1.7% is in groundwater sources, 1.7% locked up in glacial/polar ice, with the rest taking the form of surface lakes and atmospheric moisture. Only 2.5% of all the water on Earth is fresh, and of that, an estimated 1.2% is actually available to us. The other 98.8% is either locked in ice or in groundwater. Your head is probably swimming in percentages right about now, no pun intended. That’s ok, just keep in mind that freshwater is a pretty rare thing.

Freshwater may not be in abundance relative to salt here on Earth, but molecular water appears to be just about everywhere we look in the cosmos. In fact, water may actually be fundamental to our universe. In space, water is created as a byproduct of the formation of stars. When stars are born, they produce a strong ‘wind’ which interacts with the surrounding gas, creating compressional effects. Think of wave action on a windy day. This wave compression heats the gas, causing the free hydrogen and oxygen to combine, forming water.

The question, however, as to why the Earth has so much water in relation to other planets, and, even more importantly, how it came by all that water, still lacks a definitive answer. We know that the oceans formed very early on in Earth’s history, on the order of ~4.3 billion years ago (4.3 Ga). Shortly after the Giant Impact which formed the Moon (~4.5 Ga), the Earth began to cool rapidly. Since there was no atmosphere yet to trap heat, the surface quickly cooled to a point where outgassing water vapor from the interior could begin to condense. Rain began to fall for the first time. Eventually, enough outgassing would produce the first primitive atmosphere, which trapped heat and prevented the newly formed oceans from freezing (solar output was only ~70% of what it is today).

Recent studies suggest, though, that outgassing alone could not account for all the water here today. Something else was needed to ‘seed’ Earth’s primeval oceans. As it turns out, many of our comet and meteor neighbors, leftover bits of rock and ice from the formation of the solar system, contain the same kind of water as that of the Earth (note: not all water is the same!). These icy, rocky bits, called chondrites, collided with the earth with regularity over the eons, slowly adding their water to the growing pool. And at some magical point, life arose on Earth, absorbed a huge amount of the residual carbon dioxide, cooled the surface further, and allowed ice to form for the first time.

Regardless of what may be the ultimate roots of water on Earth, we know, unequivocally, that without it, we would not be here. Water is not only vital for life but is actually intrinsic to the complex inner workings of our planet.  Without water, there would be no Earth as we know it. The ancients were wise to classify it as stoicheion (elemental), meaning “that which cannot be divided further.” They recognized early on the fundamental relationship that exists between water and the world which we all inhabit. That there is, once again, oneness in more places than we realize.

Rob Pretlow is an Earth and Space scientist as well as an Anake 2010-2011 graduate. He is a guest contributor for Kamana.org, delving into geology and science-related themes. If you have any questions regarding rocks, space, or other geektastic fare, don’t hesitate to contact him at rwpretlow@gmail.com.