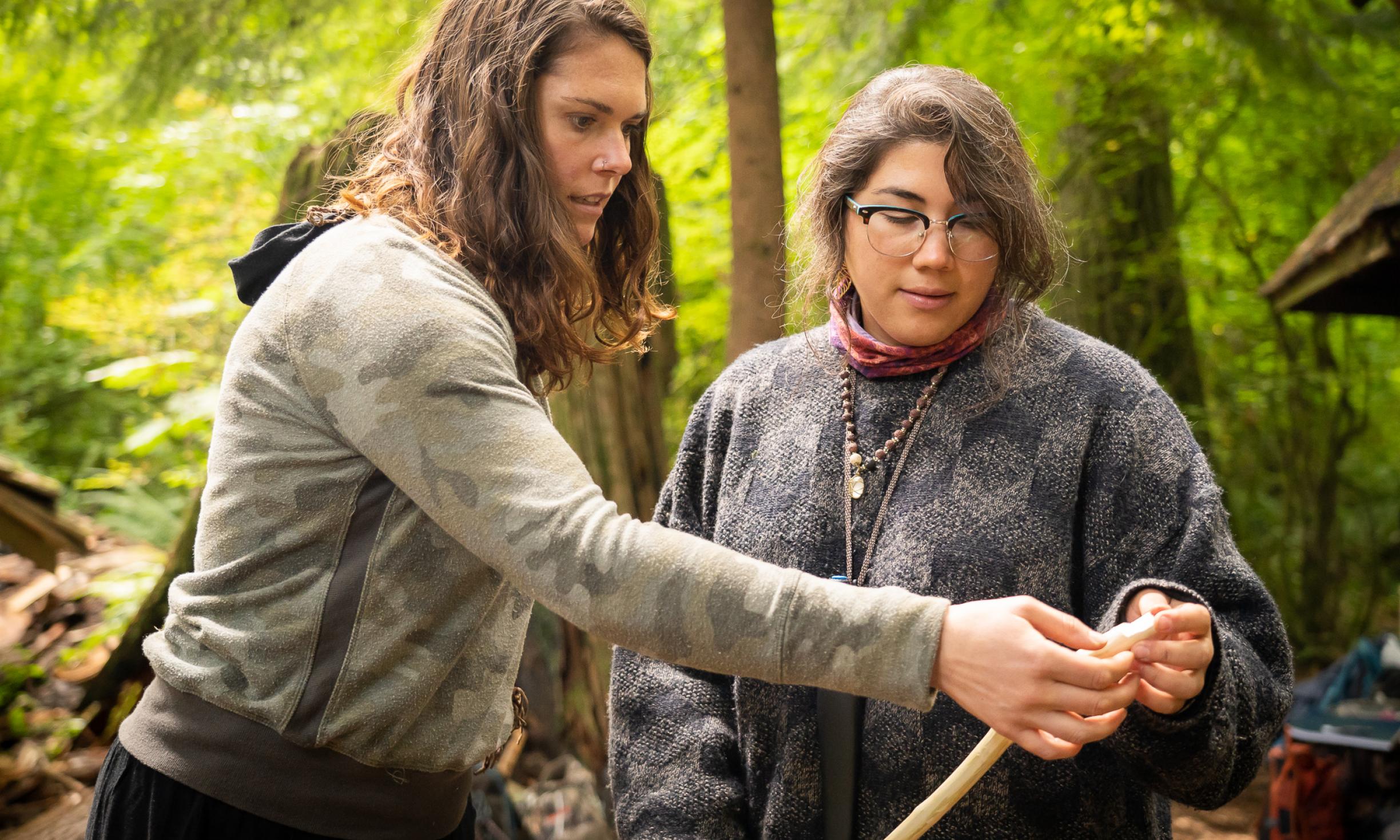 At Wilderness Awareness School, the art of questioning is one of the most basic—and profound—learning tools that we utilize. Questioning is one of the ways that we can drive our senses to become more deeply involved in what we are experiencing. It can bring us into the moment in a dynamic way and help us to become present to the wondrous and mysterious things happening around and within us.

In The Art of Mentoring program, Wilderness Awareness School founder Jon Young has spoken of his experiences as a youth with tracker and author Tom Brown, Jr. He says that one of the most profound ways that Tom kept him continually going back to the forest near his home was through questions.

According to Jon, Tom would telephone him in the evenings and ask him about what he’d experienced that day in the woods. Jon says that when he was 10 years old on his very first outing at this “secret spot,” Tom called him that evening to ask if he had found this place to sit. Jon had, indeed, found such a place in the forest across the street.

Tom then asked him what way he was facing when he sat there. “How would I know that?” Jon asked. “Well,” Tom said, “where does the sun rise?” Silence from Jon who didn’t know. Tom replied, “the sun rises in the east. Watch where the sun rises, and you’ll know which way you are facing. I’ll call again tomorrow.”

Jon says he knew that Tom would call again the next day, and that he’d expect Jon would have found out which way he was facing. He decided to head back out to his secret spot and find the answer.

Questioning in this manner is something that we use a lot at Wilderness Awareness School. In fact, this “art of questioning”, which has its roots in Jon’s experience with Tom, has been refined into a method with three “layers” to it:

Asking questions is a balancing act—it can be applied in ways that are both helpful and potentially hurtful to the student. This is where questioning becomes an “art.” The questioner must pay attention to the person’s body language, which reveals many things that words do not. A person’s body will say when a person is engaged as well as when they are disinterested. The response of the questioner to these cues—which are both obvious and subtle—can be the difference between someone who becomes engaged and one who has a negative experience.

Use the Art of Questioning at your sit spot this week. Ask a friend to quiz you.

Paul Houghtaling is a naturalist and tracker. He worked for a number of years as an instructor at Wilderness Awareness School. He was also an editor for the Kamana Naturalist Training Program.