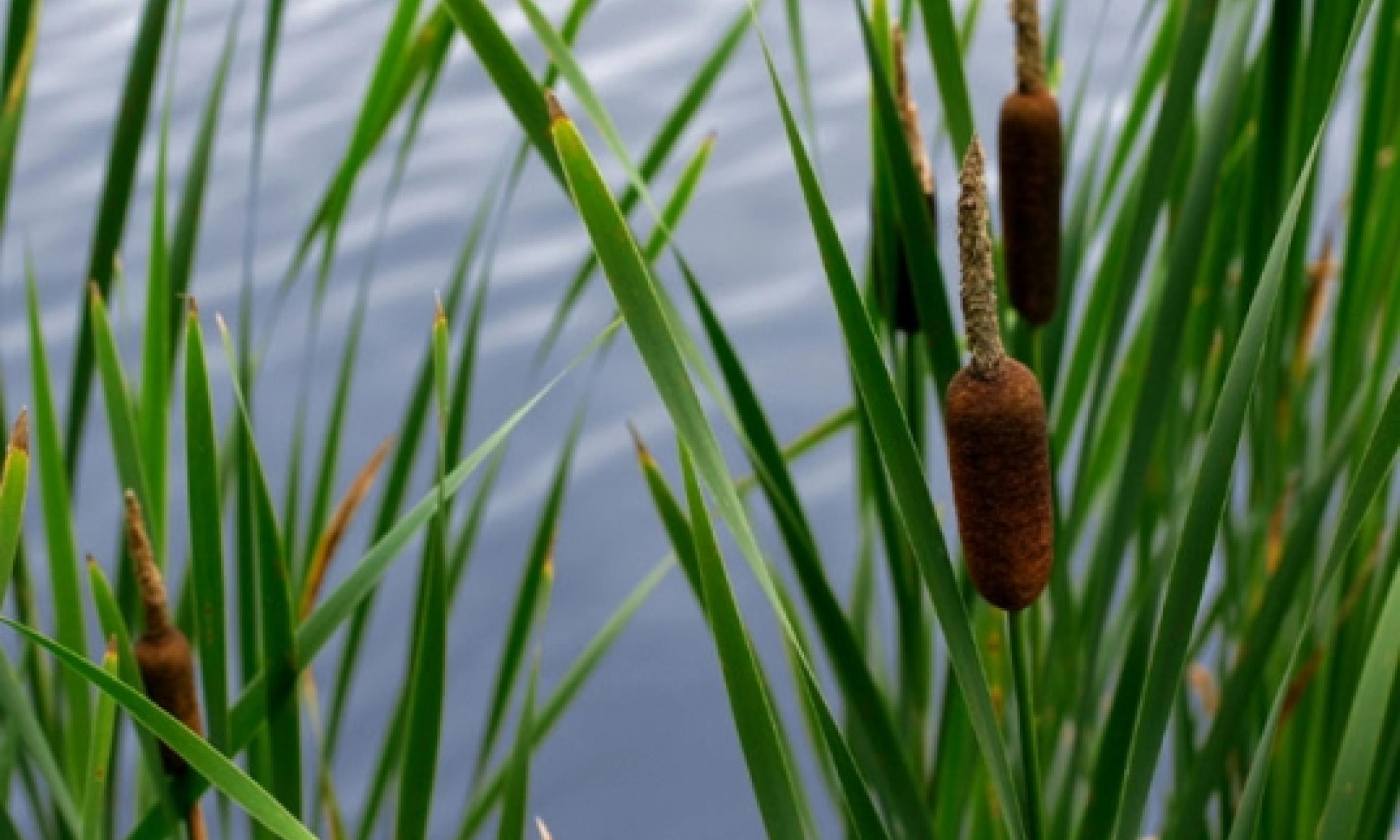 Ever wondered what kinds of survival foods you could eat if you were caught in a survival situation? When I first came to Washington, all I could see was a wall of green plants. I knew nothing about what I could and could not eat if I were to get lost in the woods. That changed quickly in Wilderness Awareness School’s The Immersion at Wilderness Awareness School program. The curriculum taught me about how to sustain myself with the use of plants, should the need arise. Some of the plants that are key survival foods are cattail, conifers, grasses, and acorns.

Where Can I Find Cattails and How Do I Eat Them?

Cattails can be delicious if prepared correctly. During a group survival experience, the main thing we ate was Cattail. In a survival situation, your best bet is to find Cattails; they take the least amount of work to harvest, thus conserving energy and being top among survival foods.

Cattail does have a look-alike, the Iris. The Iris plant (Iris spp.) is poisonous, so you must know how to identify the difference between the two plants. The Iris is flat at the base, and it makes a fan shape where all the leaves meet the ground. The edible Cattails have a central vein called a midrib around which the leaves form.

Cattails are almost always in or next to a water source. Since they are often submerged, there is a chance of Giardia in the water. Eating Cattails raw is an option, but it’s recommended that you cook any Cattail you consume. Cattails have a horizontal system of underground stems called rhizomes. They can extend up to two feet from the plant. The rhizomes bud out and send up new Cattail plants. These roots have a stringy-starchy substance on their insides. This starch can also be made into flour.

Young shoots are the tastiest part of the plant. Pick a plant and pull the outer leaves off to reveal the moist core. I would recommend cooking this part before eating the juicy center. The green flower heads can be eaten in June to mid-July. Cattail pollen can also be made into flour and is best at the same time as the flower heads.

Did you know that many types of conifer trees are edible? Trees grow new leaves, or, in the case of conifers, new needles every year. The only conifer you need to watch out for is the Pacific Yew, as it is poisonous. The new-growth sprigs on Western Hemlock, Western Red Cedar, Sitka Spruce, Douglas Fir, Grand Fir, and Noble Fir can be eaten right off the tree in the spring. Bringing water to a slow boil with any of these leaves makes a delicious tea. The inner bark of conifer trees, known as the cambium, also can be eaten. Cambium is located between the bark and the harder interior wood of a tree. The cambium of the Western Red Cedar, Sitka Spruce and Fir trees can be used to make a powder used to thicken soups. The immature female cones of the Sitka Spruce can be cooked and eaten along with the raw seeds of the tree. The branch tips of young trees can be chewed on as a hunger suppressant. Douglas Fir, Noble Fir, Grand Fir, and Western Red Cedar also have sap (or pitch) that can be chewed.

More than 400 types of grasses can be eaten worldwide. Grasses are known for being edible and healthy eating because of their proteins and chlorophyll. Magnesium, phosphorus, iron, calcium, potassium, and zinc are commonly found in grasses. Grasses show up in your every-day foods, too. Cereal grains are in the grass family, including wheat, rice, wild rice, corn, oats, barley, millet, and rye. The seeds are usually the most beneficial part of the grasses and nearly all grasses are edible. However, in a survival situation, just because grasses are edible doesn’t mean it is worth the caloric output it would take to harvest many small seeds. Harvesting grasses can be done by hand, collecting them in a container for later use. Sprouted grass seeds can be a good food source as well.

Edible grasses include Bent, Wheat, Slough, Brome, Crab, Switch, Canary, Timothy, Blue, and Bristle grasses. You can make grasses into a juice by grinding them up, but don’t swallow the fiber. Chewing immature seed heads can be beneficial as well.

Acorns are found on Oak trees. Before eating acorns, their tannins need to be extracted because of the bitter taste. Soaking the acorns in water to leach out the bitterness works well. Placing them in a running stream is a great way to thoroughly rinse the tannins out. The acorns will then need to be dried to keep from rotting. They can be eaten raw after dried or made into flour.

I hope this provided a look into the edible possibilities of the natural world. This article covered only a small number of plants that can be eaten as excellent survival foods.

Plants of the Pacific Northwest Coast, By Jim Pojar and Andy MacKinnon

Guns, Germs, and Steel: The Fates of Human Societies, By Jared M. Diamond