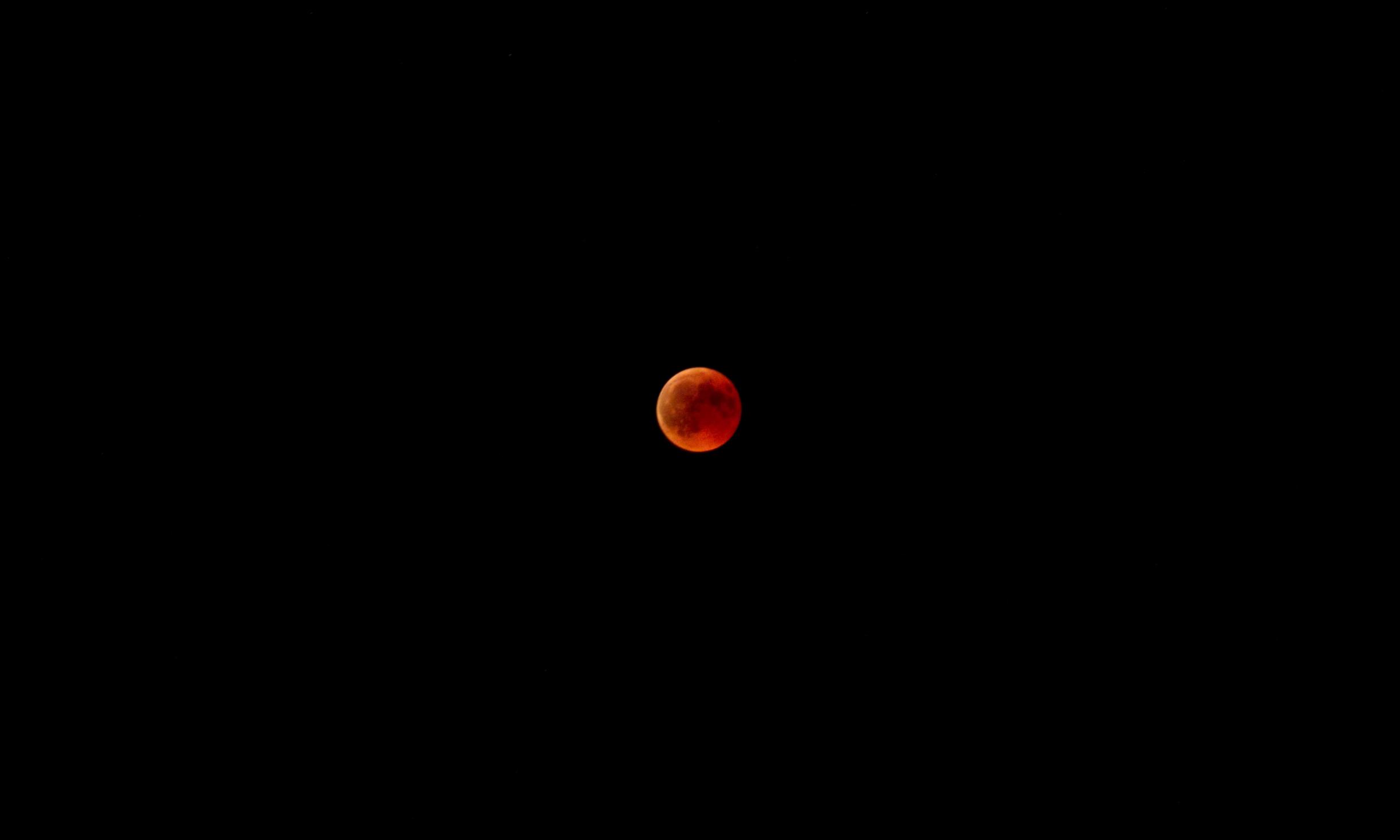 The mysteries of the universe have long tantalized mankind, from the peoples of the earliest days of recorded history to the 21st century where space travel, underwater exploration, and even Google Earth have opened new and exciting vistas to us. Throughout these days, years, decades, and centuries, humans sought to explain the universe, whether through the rigors of scientific theory or through the myths, stories, and sagas that people have created to better understand the world in which they live and beyond.

Nothing seems more mysterious and out of reach than the inhabitants of the solar system. The sun, the moon, the stars, the planets, and even comets watch over us by day and night; they brighten our days and lighten our nights. Scientists have provided us with increasing amounts of knowledge about the solar system through space travel, hugely powerful telescopes, and mathematical and statistical modeling. But the myths and stories created through today’s popular culture or through the cultures, religions, and mythologies of our ancestors continue to excite us and even to some extent shape our perceptions of the solar system.

This article will explore some of these myths and stories about the sun, the moon, and the stars. So imagine children and adults sitting around a fire listening to the Inuit story of Annigan and his sister Malina (god of the moon and goddess of the sun). Or imagine the Greeks and Romans whose naming of the planets reflected their religious beliefs or the 20th-century composer of “Shine on Harvest Moon,” who saw a magical love potion in that special full moon that occurs closest to the autumnal equinox.

Storytellers and religious leaders from around the world spun tales to explain the origin of the sun, its movements, and its place in the sky. Among them, these tantalizing names: the Egyptians’ Re, the Celts’ Lugh, the Aztecs’ Huitzilopochtli, the Chinese Ten Suns, the Navajos’ Tsohanoai, the Hindu Surya, the African Liza, the Norse Freyr. And if their names are mysterious and tantalizing, the stories associated with each represent a variety of explanations of the mysterious and powerful sun. We only have space for several of them and so dear readers, I will pick my favorites and if you’re interested in more information, the websites below will help satisfy your curiosity.

In Chinese mythology, there once were ten suns who traveled along with their mother the goddess Xihe. One day the ten suns decided to appear at the same time and you can imagine the heat that they generated. Despite warnings from their father, Dijun, to behave, the ten suns did not listen. So Dijun sent his trusty archer to shoot them away. Nine of the ten sons were killed, leaving only one sun to adorn the sky.

Brothers and sisters have long been known to have their differences. In the Inuit mythology of Alaska, Greenland, and the Arctic, Annigan is the moon god and his sister Malina the sun god.  One day after a quarrel, Annigan chased after his sister. Unable to catch her but in continual pursuit, Annigan became thinner and thinner (representing of course the waxing and waning of the moon). Fortunately, when the moon disappears, Annigan can eat so that he can resume chasing after his sister. By the way, on those rare occasions when Annigan finally catches his sister, the Inuits believed that it caused a solar eclipse.

The Egyptian Sun God Re

Re has many representations from a hawk head decorated with a fiery sun-like disc on his head, or in the Underworld as a ram-head. The story of Re is a complete creation story from the moment when Re broke out of a shell that rose from the water to his children who became the atmosphere and the clouds. His grandchildren became the Earth and the stars. It is from Re’s tears that humans were created and Re created the four seasons of the year for the Nile River.

I See the Moon

The moon is generally seen as a benevolent, friendly presence in the nighttime sky, our nearest and dearest neighbor in the solar system. The full moon inspires awe and devotion on the part of earthlings who bask in its light. Perhaps the moon seems so familiar because we all know about the man in the moon, even though today we’ve discovered that our “man” is the interplay of light and shadows on the moon reflecting off the moon’s canals and craters. Other cultures see the moon differently: some western cultures see a rabbit in the moon; the Chinese see a toad, and still, others see the lady in the moon.

The moon is generous to us. For example, according to popular culture, the moon can bestow blessings as in the song that I often sang to my daughter on the front porch of our house:

And who can resist the charms of the moon of popular culture and its ability to bring us the love of our lives as in the lyrics of “Blue Moon” (by the way the moon isn’t really blue, darn it, it’s just that atmospheric dust sometimes makes the moon look blue):

Blue moon, you saw me standin’ alone
Without a dream in my heart, without a love of my own

Blue moon, you knew just what I was there for
You heard me sayin’ a prayer for
Someone I really could care for

And then there suddenly appeared before me
The only one my arms will hold
I heard somebody whisper “please adore me”
And when I looked, the moon had turned to gold

Blue moon, now I’m no longer alone
Without a dream in my heart
Without a love of my own

Or consider the popular view of the beautiful Harvest moon that fills the sky in the fall, a moon that wipes away thoughts of cold, winter nights and magically provides the background for a romantic interlude.

I ain’t had no lovin’ since January, February, June, or July
Snowtime ain’t no time to stay outdoors and spoon
So shine on
Shine on harvest moon for me and my gal

Just so you know the skinny on three other popular culture views of the moon. It’s not true, believe it or not, that “The moon is made of green cheese” (John Heywood 1494-1580 and collector of proverbs of the time). Where did this quaint saying come from? It seems that rounds of cheese when first made are greenish, mottled, and creamy looking, thus a bit like the moon. This expression has come to be used to point out the gullibility of an individual who if they believed the moon was made of green cheese would believe anything. There does not seem to be, according to researchers, any truth to the “lunar effect,” which brings about strange behaviors of those in prisons and in hospitals. And the expression “once in a Blue Moon, ” is indeed true. A blue moon, an extra moon in the moon’s monthly cycle, is a rare event.

The Stars in the Sky

In recent years, Star Wars movies and other space travel films have shaped our perceptions of the stars and intergalactic travel. In these movies, intrepid crews travel at speeds faster than the speed of light throughout the solar system and beyond. As Bowdoin Van Ripen noted that in the tension between popular culture and science, oftentimes the plot is more important than scientific fact. For example, what Hollywood producer is going to let scientific theory interfere with interstellar space travel (FLT=Faster-than-light travel)?  Spaceships travel immense distances faster than light and then return home to a planet that is still the same, though scientific theory would say this is impossible. And by the way, there is no air in space, Van Riper notes, so the swooshing sounds of interspatial travel in Star Wars are not possible according to the laws of nature.

Stars, constellations, and planets also represent a veritable playground for the religion and mythologies of the Greeks and Romans. All the planets are named for figures from Roman mythology and often represent characteristics of the planets: for example, Mercury after the messenger god because it revolves most quickly around the sun; Mars (the god of war) shines blood-red in the sky; Jupiter, the most important of the gods, is the largest planet in the solar system. Many of the constellations are named after figures from Greek and Roman mythology. To name but a few, we find Cassiopeia, Andromeda, Perseus, Hercules, and Cepheus. However, other societies saw patterns in the stars and created their own explanations of these patterns based on stories and people important to them (e.g., Lakota, Navaho, and Hindu).

And finally, popular culture views the twinkling stars in the sky as friendly, mysterious presences that have the potential of granting our wishes and guiding us through the night. How many of you looked at the first star of the night as a child and recited: “Star bright, star light, first star I see tonight, Wish I may I wish I might, Have the wish I wish tonight.” According to Wikipedia, this popular belief can be traced back to the ancients who believed that wishes could be granted when seeing a shooting or falling star. Wishing on a star follows in that tradition and predates this English-Language nursery rhyme, which was the first record in late 19th-century America.

Comets: Messengers from the Gods

From the happy, cheerful twinkling of the star and the jolly man in the moon, we move to the more somber domain of comets, particularly Halley’s Comet. The unpredictability of comets and their seemingly erratic movements made people in ancient cultures fearful and made them think that comets were messengers from the gods representing harbingers of bad things to come, menacing presences in the nighttime skies. Like the man in the moon in today’s pop culture, ancient peoples saw images in comets, ranging from the head of woman with long flowing hair to a blazing sword flashing across the starry night. With both images, the gods were sending a message that they were displeased with earthlings and that the anger of the gods was soon to be unleashed on the earth. From the Romans to the Babylonians to the Spaniards to the Mongolians, comets were not happy twinkling stars but portents of dread and disaster.  Popular historical lore says that comets preceded the assassination of Julius Cesar, the Black Death in England, and the arrival of Francisco Pizarro in South America in the kingdom of the Incas.

Lest the gentle reader share some of these concerns about comets, NASA has established a Near-Earth Asteroid Tracking Program (NEAT) to warn those still fearful of comets of their impending approach. They also reassure us that science and reason will help us fight against these fears and someday unlock the secrets that comets hold. And as a reminder, the most famous comet of all, Halley’s comet will be wending its way back to earth in 2061.

For those Kamana students filling out their “field inventories,” perhaps these reflections on our solar system and the bodies filling it will inspire you to do some additional research about popular beliefs in this area. And for other gentle readers, perhaps you too will be inspired to dig deeper into the mysteries of the universe. For a good start, see Windows to the Universe (link below), which offers an excellent overview of the myths and popular beliefs about the sun, earth, solar system, and constellations.