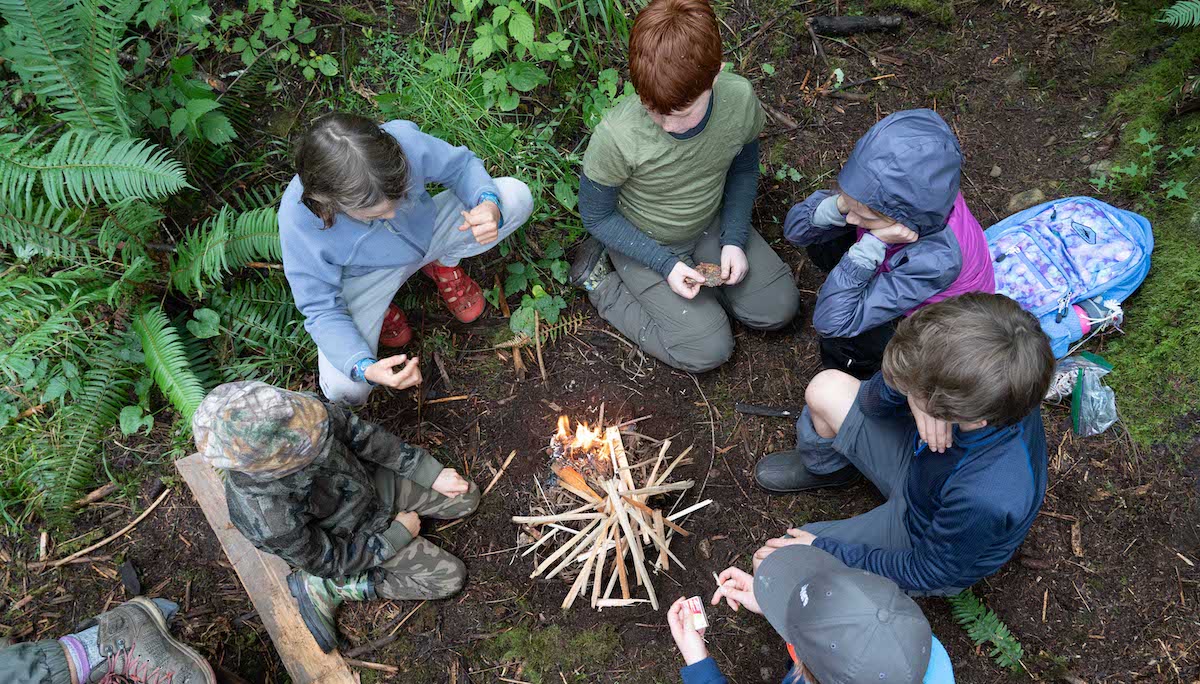 I believe in taking a deep breath of fresh forest air. I believe in feeling free as you romp through the trees. I believe in cooling your feet in a chilly mountain stream and letting your worries wash away with the current. I believe in spending time with nature.

My family has lived in a house in the woods since I was six years old. The UPS driver calls it the “back to beyond.” One of my favorite activities is to walk the surrounding wilderness with my dog, Neesha.

I remember once when I had a difficult math test coming up. I was very stressed. I decided to take Neesha outside. As I dashed down the trails, over logs, and around bends like a salmon swimming upstream, I felt the ferns whip past my legs and heard the birds chirping. It felt as if every step took me farther from my worries.

Since I was four, I have gone to Wilderness Awareness School every Thursday. There I learn about wilderness survival, primitive skills, animal tracking, and scouting. All of this is done outside a classroom. I often feel that this is my little slice of heaven, as it was there that I learned what true joy feels like. One time, we were on a backpacking trip to Umtanum Canyon and playing by a stream. Some people were singing, others were building a dam, and some were wrestling. As I plunked another rock onto the dam, I thought, “This is how humans were meant to be”.

Not being out in nature does not just mean you might be less happy, but can actually need to Nature Deficit Disorder (NDD). NDD refers to a hypothesis by Richard Louv from his 2005 book Last Child in the Woods. NDD isn’t a medical condition; it describes our separation from nature. “As one scientist put it, we can now assume that just as children need good nutrition and adequate sleep, they may very well we contact with nature” (Richard). Some effects of Nature Deficit Disorder include attention disorders and depression. Spending less time in nature can also cause lower grades in school and even obesity.

It seems like all the signs point towards spending time with nature, yet so many kids don’t. “Today’s children are spending an average of seven hours a day on entertainment media”. Another study said that “37% of children typically spend a half-hour or less being active outside. Few were outdoors for two hours or more on a typical day” (Norton). They don’t spend much time being as humans were meant to be, with nature.

From practical reasons, like NDD, to more personal ones like having fun with your dog or friends, I believe in spending time with nature. If we all spent more time with nature, we would be less stressed and more connected to whom we are. I’ll shut up now so you can go outside. Just put down your paper and walk out the door