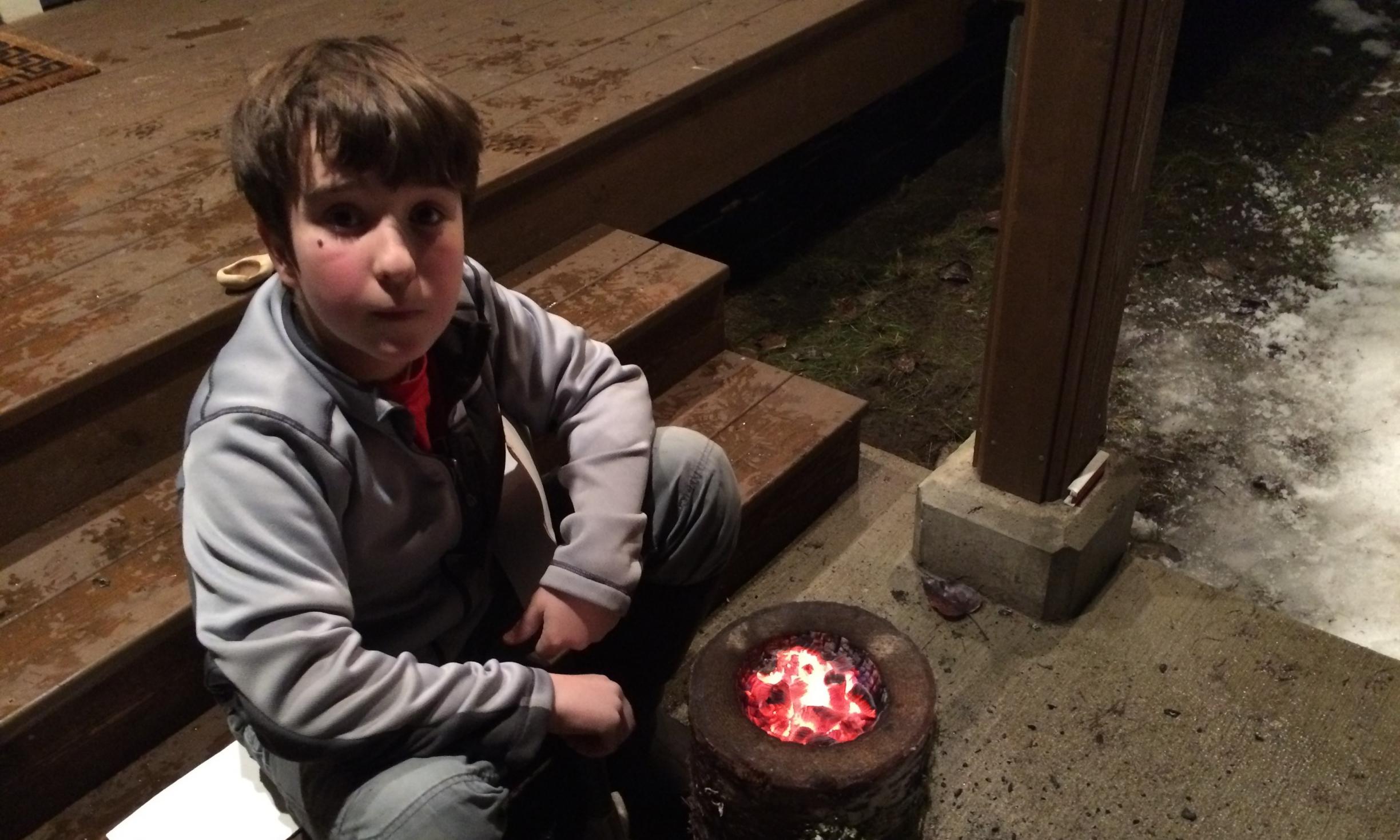 I am so grateful for the opportunity my son, Finn, has had to spend Fridays in Duvall with the Jackals, learning from his environment and from the strong community of teens and mentors.

Last October, shortly after Finn started at a new school that wasn’t a good fit for him, his little fire burned down to its embers. I knew his spirit was alive in him somewhere, but there were no flames left.  It is not an exaggeration to say that each school day became harder and harder for him to face. He was so underwhelmed and frustrated, and he was becoming increasingly angry. Thank goodness he was able to join the Jackals in early November.  I am pleased to report that at this writing, Finn now looks forward to starting a different school next September. However, this past year, Fridays with the Jackals gave him such enormous inspiration he has been able to face the frustrations of Monday – Thursday.   Each Friday he has a chance to experience JOY!

On a recent parent visit day at Linne Doran, I was so impressed by what I witnessed. We started the morning playing a few group games. During one game, we tried to capture a flag and run back to the starting line without being seen. All but two boys participated in that game. Instead, they chose to sit atop a tree stump and dip into their snacks. I can’t explain how the instructors were doing it, but I can tell you that those students were allowed to pass on playing, but at the same time, they were still a part of the group activity. Their choice to sit apart was honored without their presence being any less attended to.

During another game, one of the teens became upset.  With care and “compassionate nonchalance” the instructors guided that young woman back into the fold and facilitated positive interactions between her and her peers.  That morning, from across the circle of parents, kids, and instructors, I watched Finn heartily engage and even giggle. What a gift!

Our family enjoys a circle of friends who come from diverse economic backgrounds. I love the fact that I can recommend Wilderness Awareness School programming to each and every one of them because I know there are scholarships available.  My husband and I are happy to contribute funds that allow other children to share the same kind of joyful and redemptive experience Finn has found in nature.

It isn’t enough to tell our kids “turn off the TV” or “put down your cell phone” or “close the laptop” or “just deal with it” – it is much better to offer the alternative. WAS staff teaches that nature surrounds us whether we live in the heart of Seattle or the forests of Duvall. Wilderness Awareness School programs meet kids where they live and open kids’ hearts to the healing powers of the natural environment. I am grateful for the opportunity to share in the gifts that make WAS possible for any child because I know the difference the WAS experience has made for my own.

Tremendous thanks to you as donors and the staff for dedicating your energies, creativity, and passion toward making Fridays (and so many other days for so many kids) possible and for helping Finn rekindle his fire.