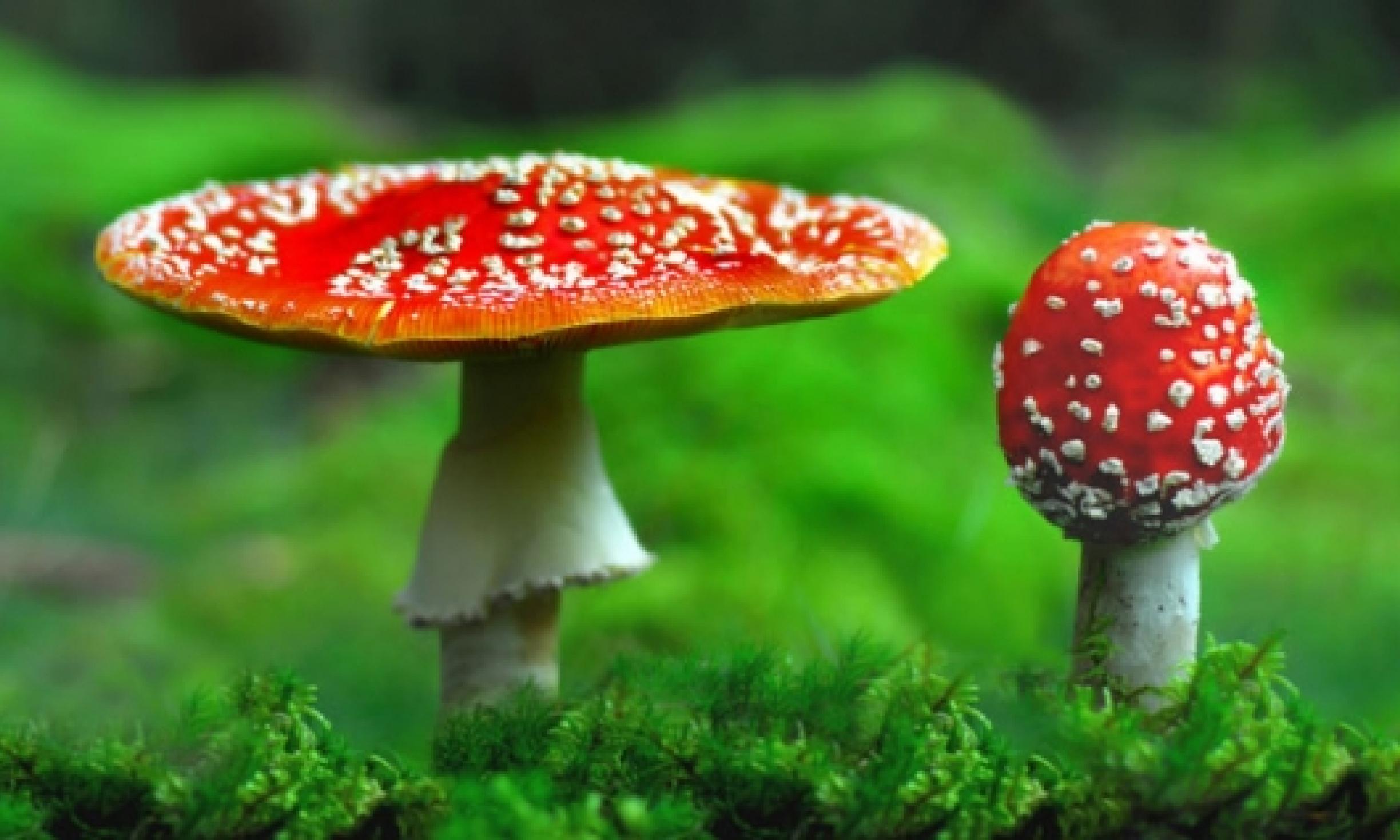 The toxins of mushrooms are put into four categories. The most serious of these categories is the toxins that act as cellular poisons. These include cyclopeptides and monomethylhydrazines, which rupture cell membranes in many internal organs such as the liver, kidneys, central nervous system, and red blood cells. Mushrooms that contain these toxins include certain species in the genera Galerina, Amanita, Gyromitra, and Lepiota. The scary part of this type of poisoning is that the symptoms may not occur until 6 to 48 hours after ingestion, and such poisoning is severe to deadly.

The second group of toxins affects the nerves and is also quite serious. Species of Clitocybe, Inocybe, Psilocybe, Panaeolus, and Amanita can have these toxins, which include muscarine, ibotenic acid-muscimol, muscazone, and psilocybine-psilocin. Symptoms of this poisoning can occur within a couple of hours of ingestion and include abdominal pain, vomiting, diarrhea, and dehydration. Nerve poisoning can be fatal.

The third group of toxins causes gastrointestinal irritations. This category contains the majority of poisonous mushrooms and includes quite a variety of different toxins. Species of Agaricus, Boletus, Lactarius, Morchella, and Russula fall into this category, despite the fact that some of these genus’ contain edible counterparts. Symptoms of this poisoning can occur within 2 hours of ingestion.

The fourth category contains mushrooms that are toxic when consumed with alcohol. Several species of Coprinus are edible except when ingested with alcohol. Some morels and other mushrooms share these toxic properties. These particular toxins arrest the metabolism of alcohol and cause vasomotor reactions, nausea, and vomiting.

Sometimes mushroom poisoning can occur through environmental factors. Mushrooms can act like sponges and absorb pesticides and pollutants in the environment, making a mushroom that is normally edible toxic. There are also allergies to mushrooms, and some individuals may be sensitive to certain edible varieties while others aren’t. Lastly, food poisoning can occur through improper handling and storage of mushrooms.

The ability to positively ID mushrooms starts with a reliable field guide and a basic understanding of mushroom anatomy and spore samples. Joining a mycology club in your area will also greatly enhance your ability to ID mushrooms, since many members may have years of experience with the mushrooms in your locale. And no matter how much you have learned, remember the 100% ID rule: only eat mushrooms that are edible and whose identity you are 100% sure of!