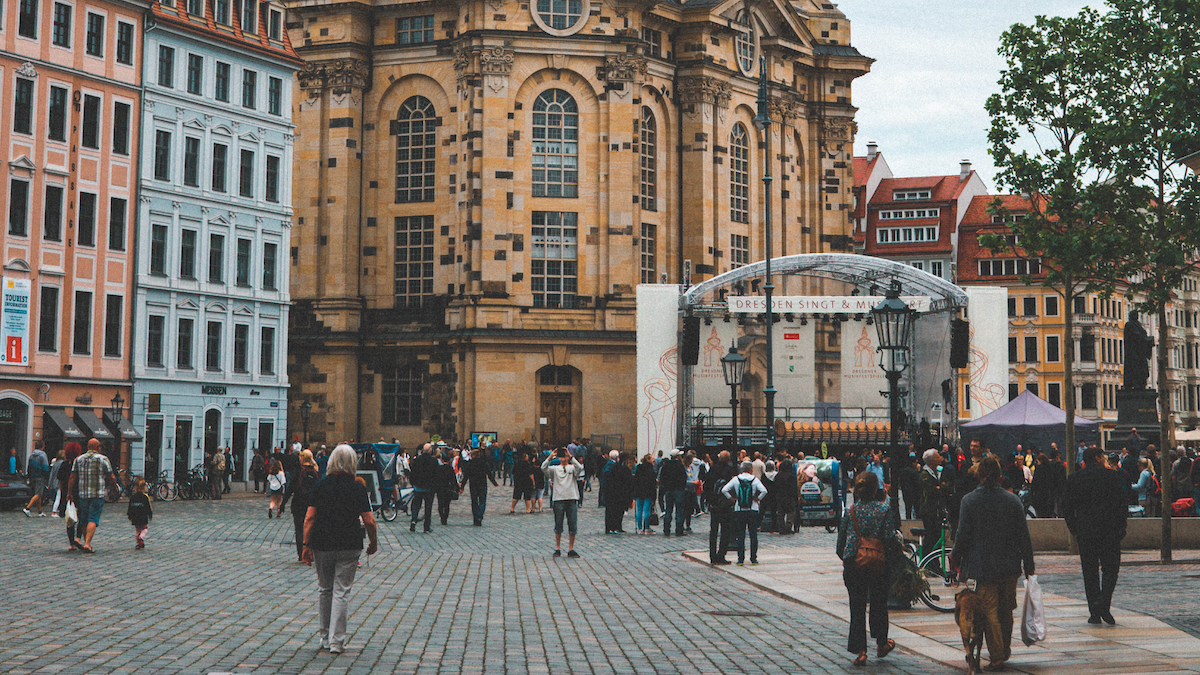 I was in Dresden, a city in the southeast of Germany which has a population of half a million people. My wife had a meeting in the middle of the city and I was supposed to wait for a couple of hours. I sat on a bench and looked out at a busy place, where a lot of people were hurrying and thought “Let’s do a Sit Spot!”

I got calm and the first thing I noticed was that people came and went in waves. This was related to the buses. They stopped at certain times and let out a bunch of passengers, none of whom took notice of me.

Ten meters from my spot was a bush full of sparrows. And just like the people they were moving in waves—sometimes they disappeared into the bushes, sometimes they sat on the top of the bushes and chatted happily.

After a while, I noticed that every time they took shelter in the bushes the pigeons flew from the rooftops. It was obvious that the sparrows reacted to the pigeons. Not every time, but there was apparently a pattern. I sat for more than an hour until I saw the falcon. It was hunting in the middle of the city between the houses. The pigeons were reacting to the falcon and the sparrows, even when they didn’t saw the falcon, were reacting to the pigeons, by seeking protection in the bush. It was a kind of beautiful ballet.

A man in a wheelchair came and fed the sparrows. He was the only one who took notice of me. He called me and I went up to him. The sparrows weren’t scared at all and jumped around the wheelchair in search of bread crumbs. He told me that he had spent more than a decade feeding the sparrows every day. As he spoke the falcon attacked a sparrow between me and the man in the wheelchair. The falcon had used me as cover! He didn’t get the sparrow, but it was very close.

That same day I watched as crows dropped nuts onto the pavement to crack it and many other things I’ve never seen before in the remote forests of the Carpathians, in which I live otherwise.

My wife, who knows that I am not exactly a fan of big cities, apologized when she came back. She said. “It looks, as if you have not moved from the square.”

Jörn Kaufhold is a Kamana Graduate living in Slovakia. He leads wilderness expeditions into the Carpathian Mountains.