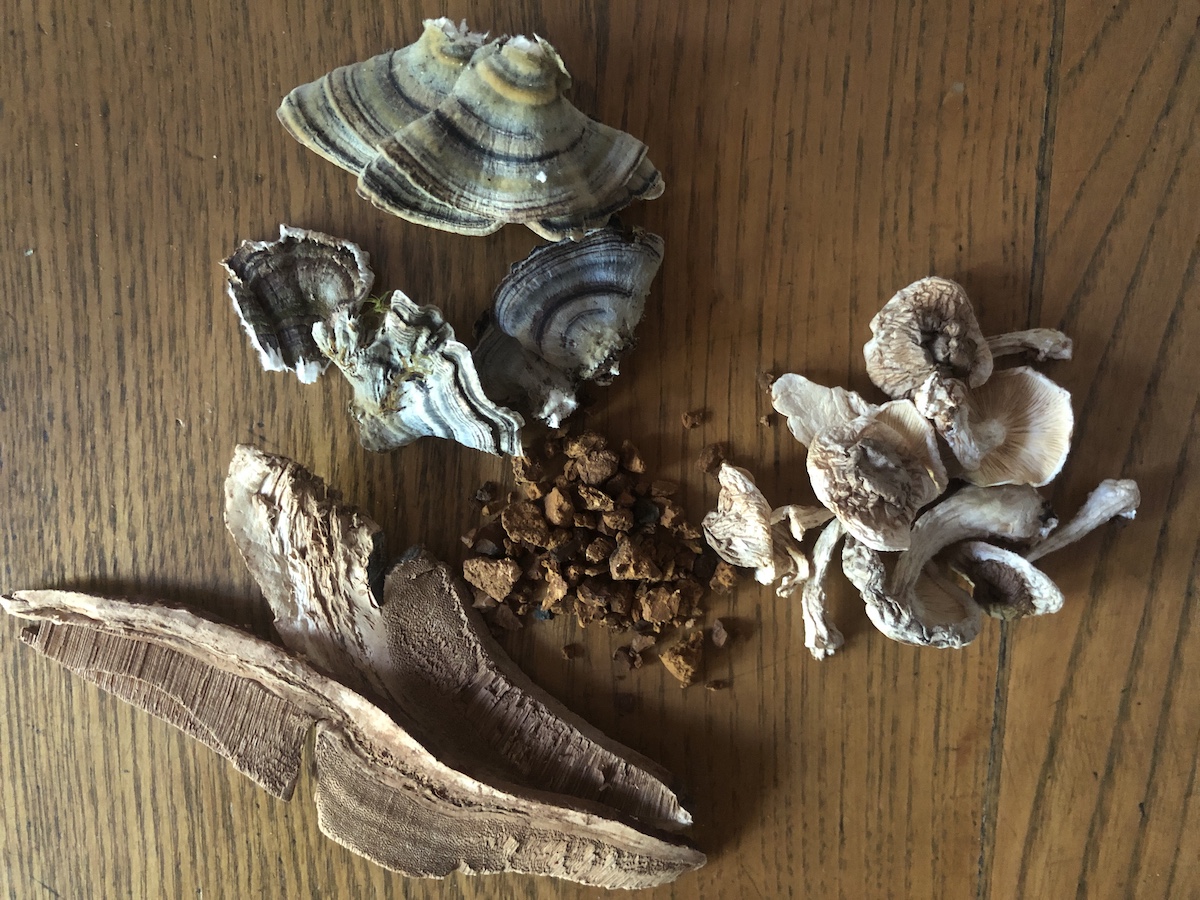 Medicinal mushrooms are continually grabbing the spotlight for their incredible health benefits, ranging from cancer prevention and treatment, to being anti-viral, to curing asthma and even prolonging life.

Type in any of the medicinal mushrooms listed below into a PubMed database and you’ll see countless scientific studies validating their use as medicine. But while science is looking in test tubes to substantiate the health benefits of medicinal mushrooms, people around the world have been using these fungi to improve their health for thousands of years.

But what are these strange creatures anyway? Placed in their own kingdom (fungi), mushrooms are the fruiting bodies of mycelium. Mycelium is an organism present in most healthy soils. It forms a dense web underneath the soils where it conducts a multidirectional transfer of nutrients between plants and itself. In one cubic inch of soil there can be 8 miles of mycelium (Stamets). The fascinating study of mycelium and its ability to break down and transform materials, even toxic materials, goes beyond the scope of this article, but one I highly suggest looking into.

In this article we’ll take a closer look at some popular medicinal mushrooms to discuss their particular benefits. All of the mushrooms listed below are found in commerce. Mushrooms sold in grocery stores are often sprayed with a myriad of different pesticides, so be sure to look for organic ones. Some of these mushrooms can be found growing wild in North America and beyond, but an advanced study of mushroom identification should be done before attempting to harvest them yourself. Two weeks ago, my father-in-law was hospitalized and came close to dying from eating a mis-identified mushroom. It’s not something to fool around with! 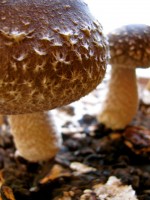 Growing your own is easy (look for shiitake mushroom kits online) and results in the best shiitakes I’ve ever eaten. In our household we eat shiitake mushrooms a couple times a week. They are wonderful in soups or simply sauteed with garlic and butter. Eating gourmet food is my favorite way to consume “medicine”. 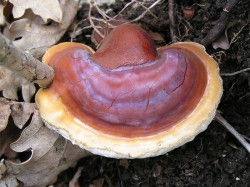 Reishi has long been heralded as the elixir of life. This is the first medicinal substance to be written about by the Chinese and several entire books have been written about it. This mushroom is well proven to prevent and combat cancer and other immune system disorders. It has beneficial effects on the liver, helping both to regenerate and protect it. It’s also been shown to reduce fatty deposits on the liver. It has multiple benefits for the heart, helping to normalize cholesterol levels and regulate blood pressure. This polypore mushroom is too hard to eat and is commonly taken as a tea. 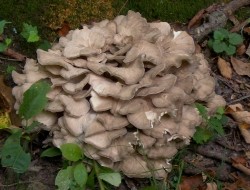 Maitake is another medicinal mushroom masquerading as a gourmet food. It has been studied extensively for breast cancer and has been shown to reduce tumor size and aggressiveness. Like shitake mushrooms, maitakes can easily be incorporated into your food frequently.

Cordyceps are some of my favorite medicinal mushrooms, but admittedly probably the most freaky. This fungus invades a species of caterpillar that it eventually kills as the fruiting body erupts from its head. I told you it was freaky! This mushroom is so highly sought after that the price of it per pound can reach into the tens of thousands. Luckily it is being cultivated in the Pacific Northwest and can be bought at a much more reasonable price. Olympic athletes use it to increase their stamina and it is considered an all-around rejuvenating substance. One week after I started taking cordyceps I was running up a steep hill that I had only been able to walk up previously. It’s currently being studied for a wide range of lung diseases. 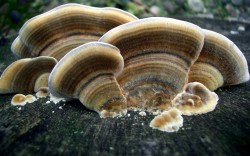 Turkey tails are frequently found growing on trees throughout the world. Although less studied than other medicinal mushrooms this one is well-worth looking into and not just for its health benefits. Paul Stamets (author of Mycelium Running and all around mushroom-extraordinaire) reports that it has bioremediation benefits and can help clean up toxic environments. The Chinese and Japanese have been using it as immune support therapy for cancer and Stamets claims to have cured his own mother of breast cancer using this mushroom.

Chaga is a parasite that grows on birch trees. Technically not a mushroom, just a mass of mycelium, it has been used in folk medicine for centuries, most notably in Russia. Science is now validating its use, showing immunostimulating properties and that it protects against oxidative stress. Chaga has a similar taste to coffee and is commonly consumed as a “coffee substitute”.

This common edible mushroom has natural statins that help to regulate blood cholesterol. It is commonly found in the wild in temperate climates and in our grocery stores.

Medicinal mushrooms are continually proving themselves effective for combatting serious diseases like cancer. Even better, they can be consumed regularly to prevent chronic diseases from ever occurring. Going beyond our immediate health needs, Paul Stamets lectures on how mycelium can save the world. From bioremediation (like the gulf oil spill) to potent medicines, medicinal mushrooms can be an important part of our food and medicine.

Rosalee de la Forêt is a clinical herbalist and educator. You can visit her blog at www.MethowValleyHerbs.blogspot.com