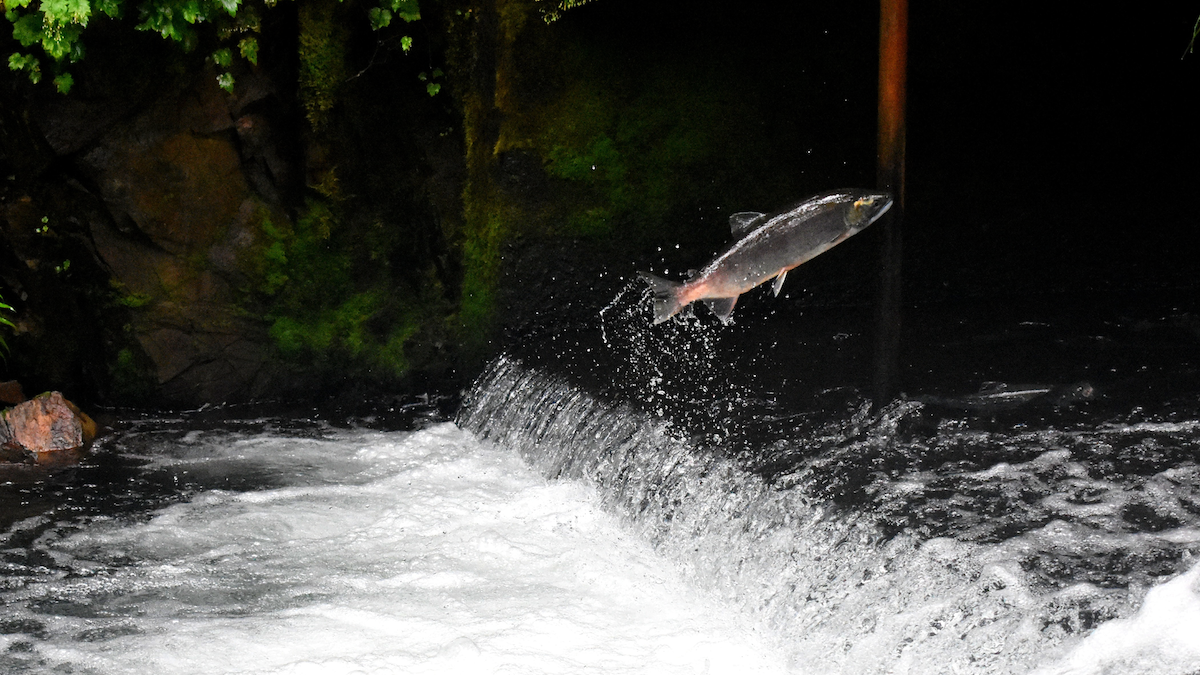 A good story has a way of getting inside you. It can reveal something about where you are in life. Stories also give us a cultural context and sense of continuity. They teach us how to live.

In many Native cultures there are stories of the First People, or the Ancestors, that show how people lived in ancient times. Everything one needs to know about life is woven into those stories. Children are so naturally drawn to stories and the Elders are able to pass down the knowledge and culture of their people through the dynamic interaction of these ancient tales. The Elders pay attention and are ready with just the right story to show how to handle the drama of life that comes up for these youngsters.

I didn’t have stories like that to teach me how to live, but I did have Star Wars. As Joseph Campbell points out in “The Power of Myth”, George Lucas was drawing on ancient mythological themes of the Hero’s Journey to weave that tale. Obe-Wan Kenobi and Master Yoda became my Elders. I was right alongside Luke Skywalker in the Dagobah System beginning my Jedi training, preparing to enter the cave where I would face my own shadow the way he faces his. As a young boy this was very exciting. I watched those movies again and again and over time I too was learning to “Use the Force” and trust my intuition.

A little later I joined Mr. Bilbo Baggins in a marvelous quest to the lair of the Dragon Smaug. As I read “The Hobbit”, J.R.R.Tolkien and his character Gandalf became Elders to me. He took me to the lands of Elves and Goblins and a world full of magic and mystery. In his “Lord of the Rings” trilogy I learned many lessons about life. One such example is, “Not all those who wander are lost.”

There in Middle Earth, I began my training as a Ranger as I followed my mentor Aragorn. I honestly feel that reading such epic quests with deep-rooted mythological themes helped prepare me for my own journey into the unknown. As a young adult, I too chose the life of a Wanderer and, like Bilbo, I had my own dragons to face.

I could go on about how media has become our oral tradition but I want to talk about how Kamana has helped me to find my own story. A story that is rooted in the land and the myriad beings found in a complex and dynamic ecology. I want to share how this has led me to connect with the people around me and find my place among a human community as well.

There is something so powerful and intriguing about Kamana. I still wonder why it is so effective. I find that I know things about connecting with nature that I had no idea I knew. When they said in Kamana that they were not only teaching us but teaching us how to teach, I was listening. When Jon Young said that if you want to be a better storyteller, go to your Sit Spot, that caught my attention. When I went to my Sit Spot I was not only harvesting herbs and berries, I was harvesting stories.

A great example of this came when I heard coyotes calling outside our cabin. They were close and I could see in my mind’s eye what trails they were on. How did I know that? I started Fox Walking in their direction. If I held my arms in and took an inhuman posture, moving downwind and very very slowly I might have a chance of getting close to them. I felt they would cross a certain spot to get over a little hill and through a thicket to the cedar gully. I was moving so slowly, and the light was fading. I could still hear coyote’s moving through the thickets.

By now it was so dark I could not see a thing. My feet told me where the trail was. I stood perfectly still blending in with the alder trees, becoming an alder myself. Coyote came trotting up right past my leg. I could feel him brush by me and the thump of his footfalls as he leaped past, up the hill. I was so elated. I kept going in the darkness, letting my feet find the way to my Sit Spot. I could feel the concentric rings around me. As I stalked by, it was only within a couple feet that the rodents would sense my presence and stop their rustling. I felt so attuned with my Sit Spot. That was a night I will never forget.

How was it that I was able to stalk up on Coyote? I hadn’t attended a weekend workshop on stalking. I hadn’t gone to a presentation on coyotes. It must have been something interwoven in the stories I read in Kamana. It must have been all that time at my Sit Spot getting to know the network of trails and the lay of the land, mapping them on a regular basis.

Jon Young gave me a head start on concentric rings when he shared “Advanced Bird Language”. I learned about becoming the Buffalo in Kamana Two, why not become the Alder Tree? These stories had become part of me, and now I am out living my own story and bringing stories back from this land.

When word got out that I was doing an Independent Studies Program through Wilderness Awareness School, parents started asking me if I would teach their kids. After taking a couple of courses at WAS, I joined up with a local children’s nature studies program. This is my second year as an instructor and part of a community of talented mentors, parents, and children who are passionate about reconnecting with our natural roots. As families, we are seeking to restore our cultural connection to the land and allow our children to feel at home in nature.

The other day we were out in the forest, sitting with the kids around a fire. I fillet salmon and often bring the bones, which still have a lot of meat on them, for the kids. We were cooking salmon and, as he usually does, River, asked me to tell a story. Being prepared for this, I told the story of Salmon Boy which comes from the Pacific Northwest Natives. It’s about a boy who disrespects Salmon. He falls into the river and is taken to the village of the Salmon People deep in the ocean. There he is shown how to return the bones of Salmon to the rivers so that they can be reborn as young salmon. He returns to his people to teach them how to respect the salmon, returning the bones for the future generations.

The kids sat in silence with mouths full of salmon and bones in their hands. I asked, “What could we do with these bones?” One of them said, “Maybe we can put them in the river.” Another said, “There is no river here. Maybe we can bury them.” Then they decided they should bury them under the trees that gave us the wood for our fire to cook our food. They each chose a special tree and buried their salmon bones.