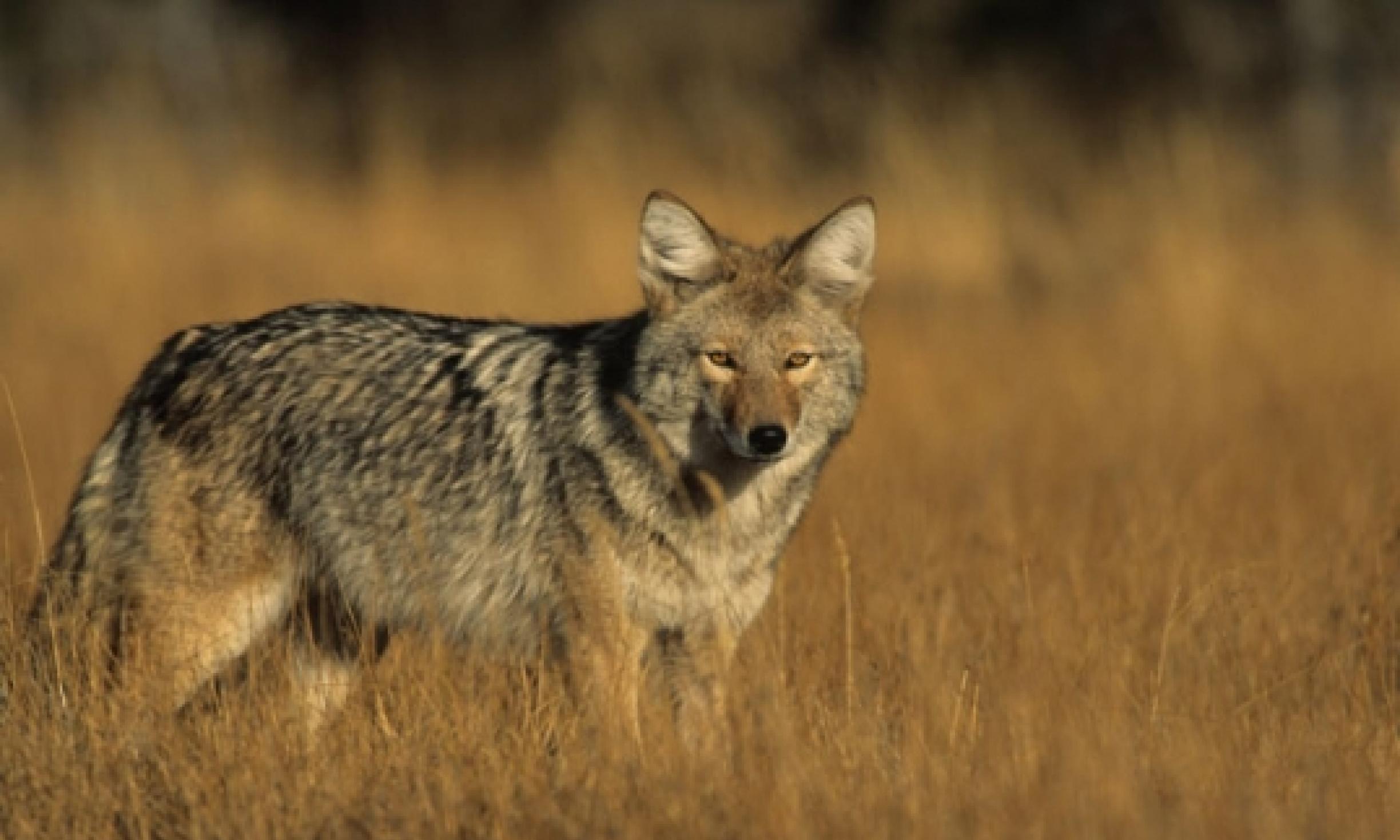 The two animals trotted south in the wet sand along the ocean’s edge about 60 feet up from the beach. They passed over the spot where a bald eagle had landed, by the carcass of a seal, across a stream that flowed out of the woods and down the beach and into the ocean. They most likely saw river otter and sea otter and maybe even a buck rubbing its antlers against a sapling. One animal seemed more relaxed, her toes splaying slightly, while the other’s digits were tight. Did they trot side by side? Or did one follow the other? As we walked the coast of Washington State’s Olympic Peninsula, we didn’t know all the answers, but we knew we were mesmerized. The trail of dual Coyote tracks had us hooked, had us dreaming, had us deciphering clues about a landscape and its inhabitants. 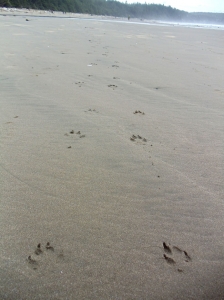 Coyotes are the most widespread species of the dog family in North America, found in all of the United States, and most of Canada and Mexico. Coyotes have given me fantastic lessons in deciphering track and sign, especially in the tricky business of distinguishing wild dog (including coyote tracks) from the domestic dog. 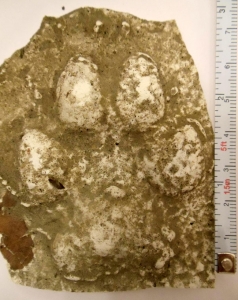 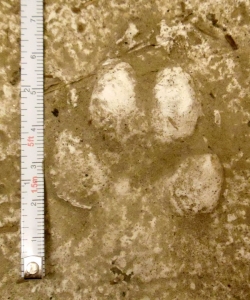 All dog tracks—from coyote and wolf, to fox, and to your neighbor’s newborn labradoodle (domestic dog) —share the same basic characteristics. A dog’s overall track is oval (oblong) and symmetrical. Dog tracks register four toes front and back (nails typically register as well), all neatly folded around the top of a triangular heel pad. One distinguishing characteristic between dog tracks and cat tracks is that you should be able to draw an “X” in the negative space between the toes and heel pad. Because more of a dog’s weight is at the front of its body, the front part of dog tracks are slightly larger (for coyotes, usually about ¼ inch in each dimension). The rear heel pad in dog tracks may only register slightly, as a dimple rather than a distinct triangle. 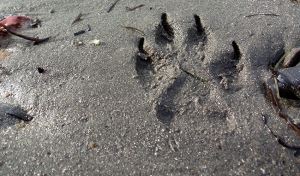 This coyote track could be mistaken for a domestic dog due to its splayed digits and deep blunt looking nails. The trail along the beach, however, was very coyote: long and straight with no stops for play.

On our walk along the Olympic coast, how could we tell if we were looking at a coyote track or a hiker’s runaway dogs? Look at the “coyote” column below, and from what you know of dogs as pets, see if you can guess how a wild dog’s characteristics would change because of domestication.

The points of comparison above are arranged with more common characteristics toward the top of the table. But keep in mind that every dog is different. A pet who spends most of her time lounging indoors will likely show more domestic-dog characteristics than a rural pet who spends most of his time in the woods chasing (and perhaps eating) squirrels. And of course, sometimes coyotes are playful and sometimes their digits splay. Take in all the evidence and try to create a story that fits with the landscape, rather than using the above chart as merely a checklist.

Another big clue between domestic dog and coyote tracks lies in any scat you might find nearby. Domestic dog scat generally looks just like what we put in their bowls: highly processed brown mush. Coyote scat, by comparison, can be incredibly diverse because these animals are omnivorous opportunists. In one Missouri study of coyote scat, local coyotes were found to have consumed 47 different animal species and 28 different plants.* Thus, don’t be surprised if your coyote scat contains fur/hair, berries, nuts, garden crops, bone bits, grass, leaves, or dozens of other appetizing tidbits. Once while tracking in central California, I was consistently finding bright orange scats, which made perfect sense when I found out there was a huge carrot farm nearby. 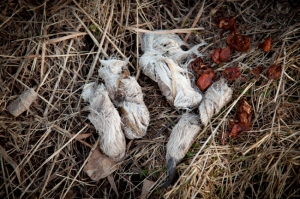 Coyotes will make their mark at crossroads or in the middle of a trail with a single scat or an accumulation over time. In general, coyote scat is tubular, between ¾ and 1½ inches in diameter, and between 6 and 12 inches long, though the scat’s shape varies greatly depending on what it contains. If a coyote has eaten meat, however, its scat is quite recognizable: the fur, meat, and bone shards generally form what looks like a tapered, twisted rope.

Many of Coyote’s wild-dog relatives have been hunted down or pushed out of many areas by humans, but coyote numbers have actually grown in the past couple of centuries. This is due to their intelligence and adaptability. If you want to find this animal, often known as a symbol of trickery and stubbornness, go out and walk the edges—the streamsides, the beaches, the transitions between forest and meadow—for that is where Coyote roams.